Shawn Christie has been playing guitar for over thirty years, and has been fortunate enough to share the stage with some of his heroes, such as Guthrie Govan (Asia, Dizzee Rascal, The Aristocrats) Bryan Beller (Dethklok, Steve Vai, Joe Satriani) Alex Skolnick (Testament, Trans Siberian Orchestra) and 10 time Grammy winners Take 6.

It all started with Living Colour’s “Cult of Personality.” “When I heard that song,” Shawn recalls, “I knew I had to learn to play.” Shawn was self-taught for the first five years, learning tunes by ear, and devouring every book, magazine, or instructional video he could get his hands on. After years of mimicking the “greats”, he finally realized that he would need some direction to reach the lofty goals he had set for himself. Shawn attended Rowan University for jazz performance. The time spent at Rowan helped to diversify his playing stylistically and was largely responsible for the development of the techniques that allow him to play more of the complex lines he has become known for.

Over the years, Shawn has remained extremely active through recording, clinics and live performances. He has performed with numerous regional and national musicians such as drummer James Bradley Jr. (Chuck Mangione, Anita Baker, Jeffrey Osbourne, Crazytown) all the while being dedicated to his original endeavors. Shawn’s original fusion/prog-metal group Zeroesque has garnered critical acclaim, as well as a strong fan base. Elias Granillo, from the progressive rock site Sea of Tranquility was moved to write: “Shawn Christie has no need to find himself pigeonholed, and won’t anytime soon, unless he doesn’t mind being compared to a chameleon, since he’s already gone from John Petrucci, to Tony MacAlpine, to Pat Metheny in roughly half of an album.” Also, Shawn has been a clinician for New Jersey State Council for the Arts, as well as teaching hundreds of students privately over the last 20+ years.

With the release of "Starting From Zero", Shawn's debut solo album, he stepped out on his own to make music without any compromise. There will be similarities to Zeroesque, as Shawn was the primary songwriter, but the overall approach this time around was to deliver scintillating performances with the guitar as THE feature.

In 2018, Shawn was selected as the winner of the Unplugged Series, hosted by 92.5 WXTU Philadelphia, Country Radio. As such, he went on to open for the likes of country mega stars, Morgan Whalen, Dierks Bently, Carly Pearce, Lanco and Brothers Osbourne.

2022 has seen the release of Shawn’s second solo album “Bullseye”. It is comprised of 10 tracks, with varying styles (as is usually the case for Shawn), and is poised to be Shawn’s breakout release. The growth as a producer is evident, as this is by far the best sounding release in his growing catalog of work. Strong melodies and compositions are always at the forefront. Sure, the guitar pyrotechnics are present, but never at the expense of the song. If soaring instrumental guitar music is your thing, then this record should quickly find a place in your collection. 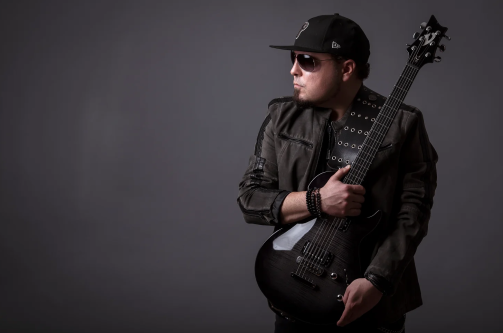